We believe in volunteers

At SkyOne, we don’t believe in shareholders with private jets. Our leaders are volunteers: people who choose to serve, because they want what’s best for our members. Many of them have had long careers in the air transportation industry. All of them are committed to service, sacrifice, and fiscal responsibility. 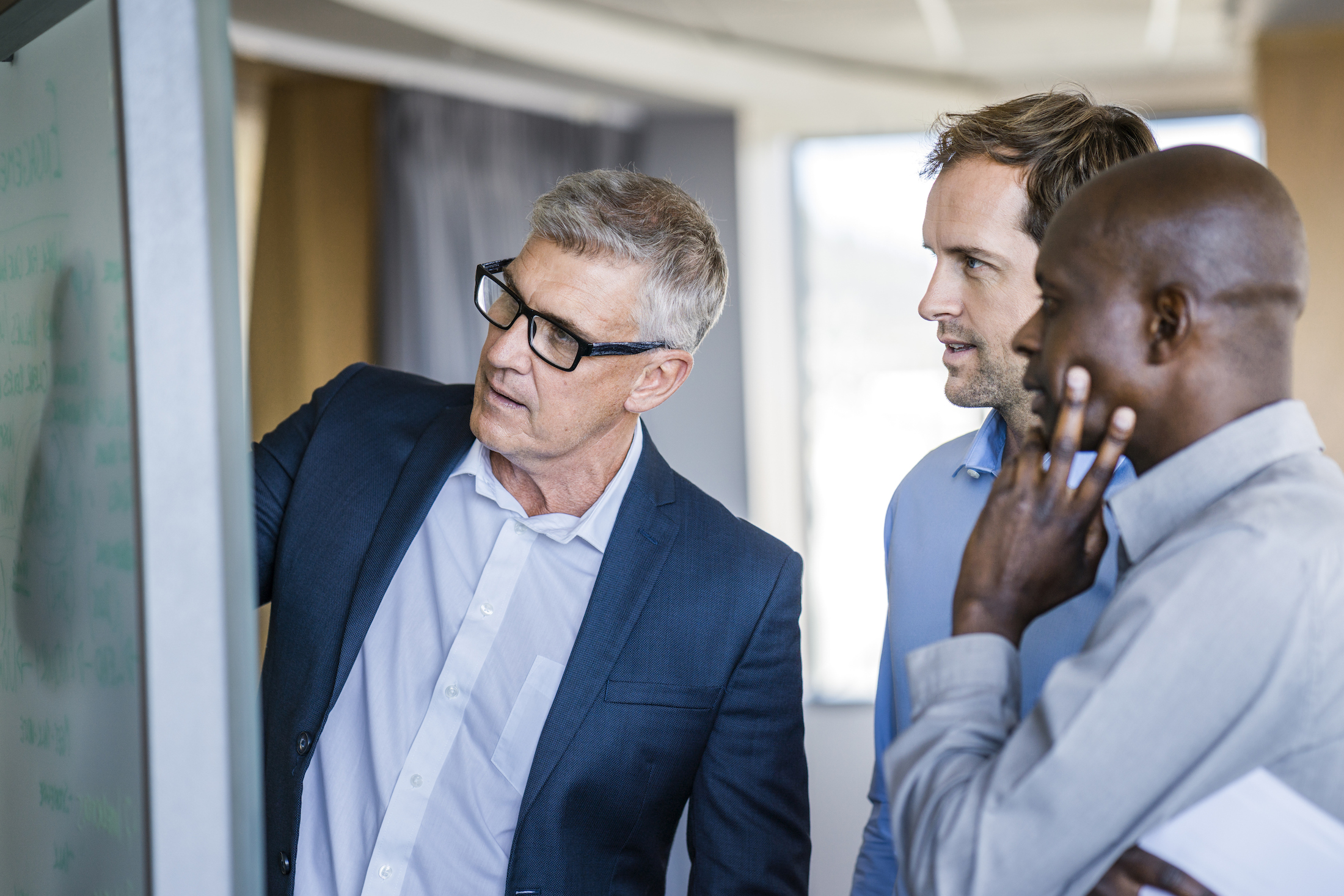 SkyOne’s Board of Directors decides our official policies and procedures, selects the Supervisory Committee, and continually offers counsel on the best ways to increase SkyOne’s growth and improve customer experience. 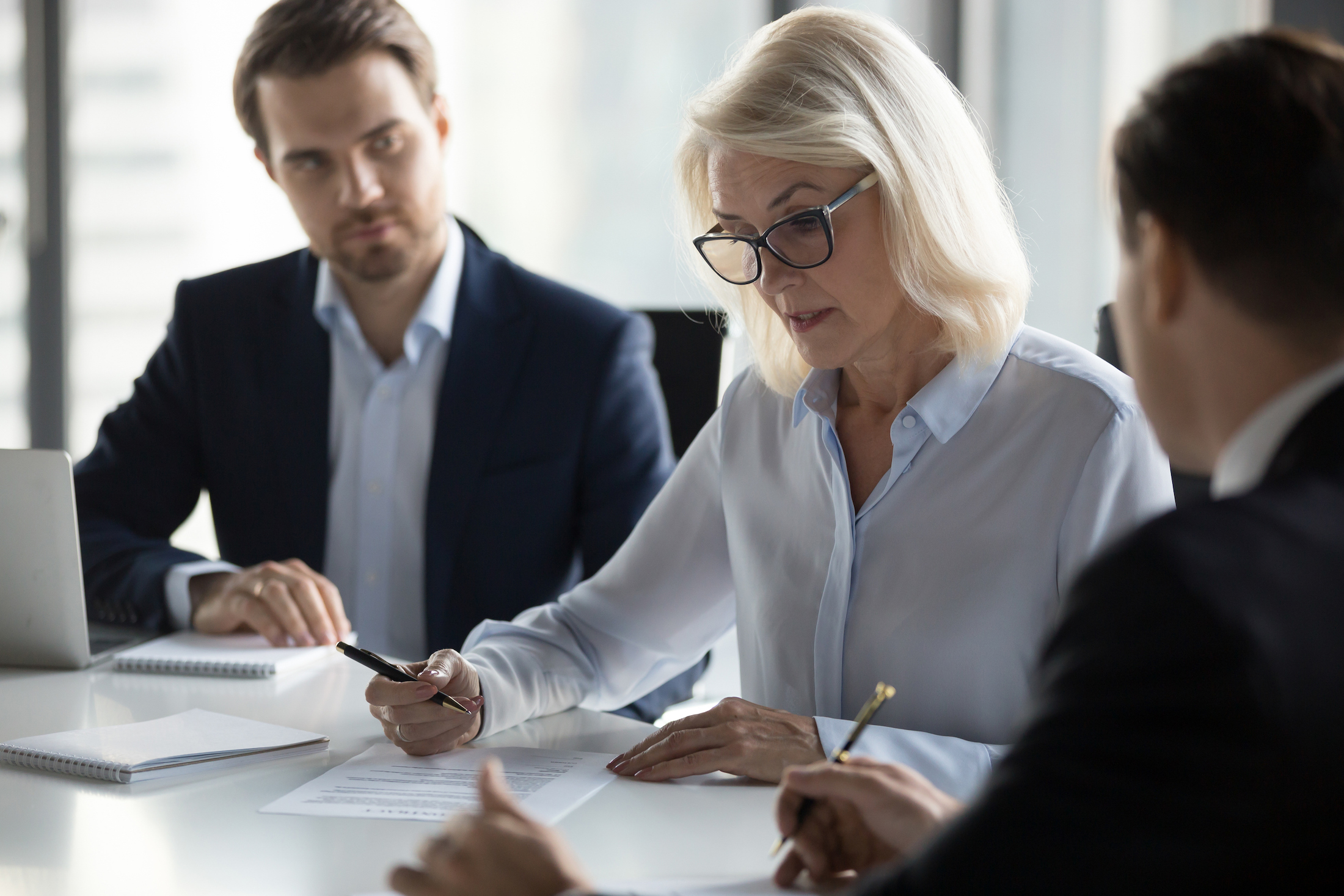 Appointed annually by the Board, our Supervisory Committee protects our members’ privacy and our organization’s safety. They oversee annual audits and maintain compliance with policies and procedures set forth by the National Credit Union Administration (NCUA) and the Board of Directors.

If you would like to contact them, please write to the attention of the SkyOne Supervisory Committee at 14600 Aviation Blvd., Hawthorne, CA 90250.

Interested in leadership at SkyOne? Our leadership development program can help prepare you to join our Board or Supervisory Committee. 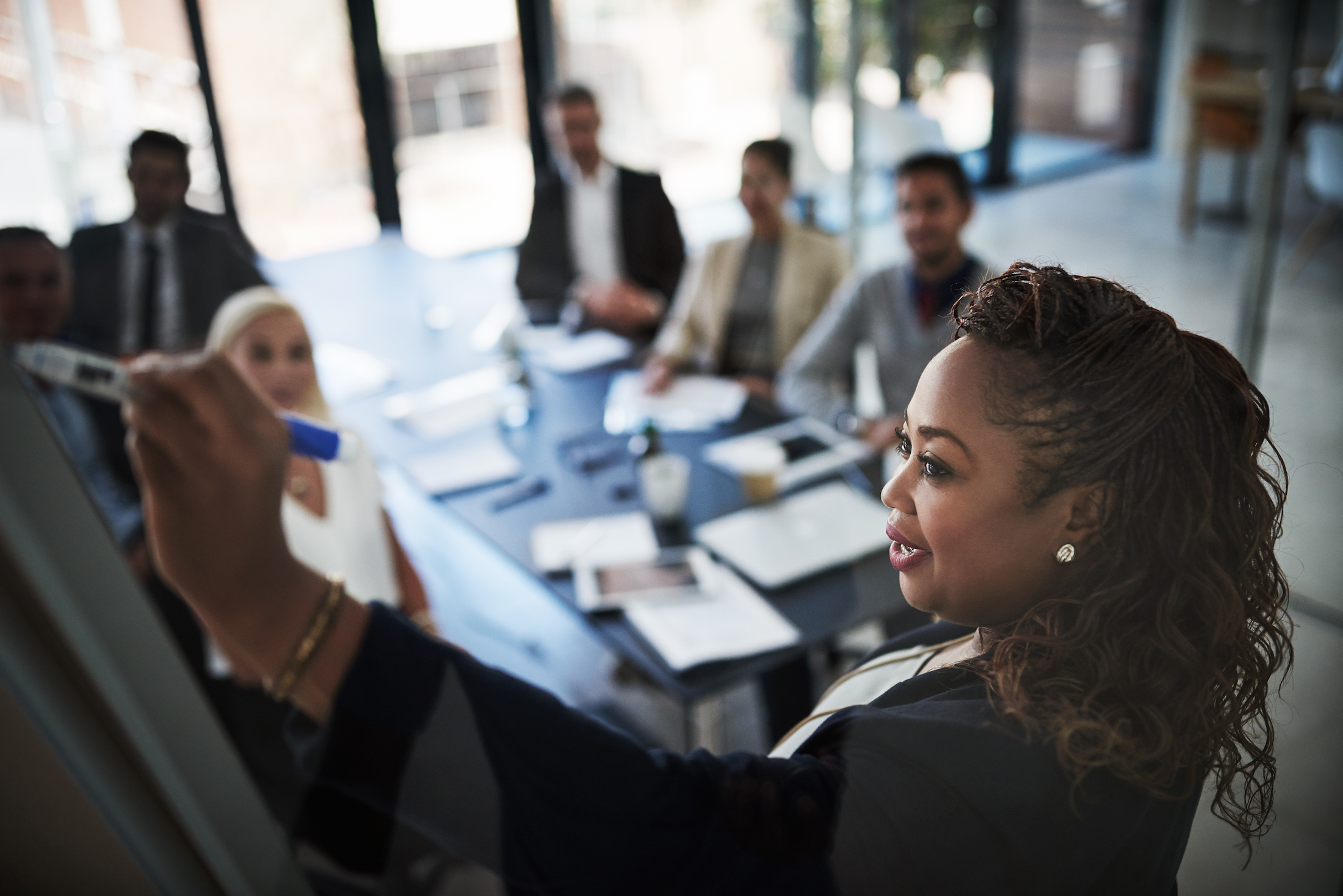 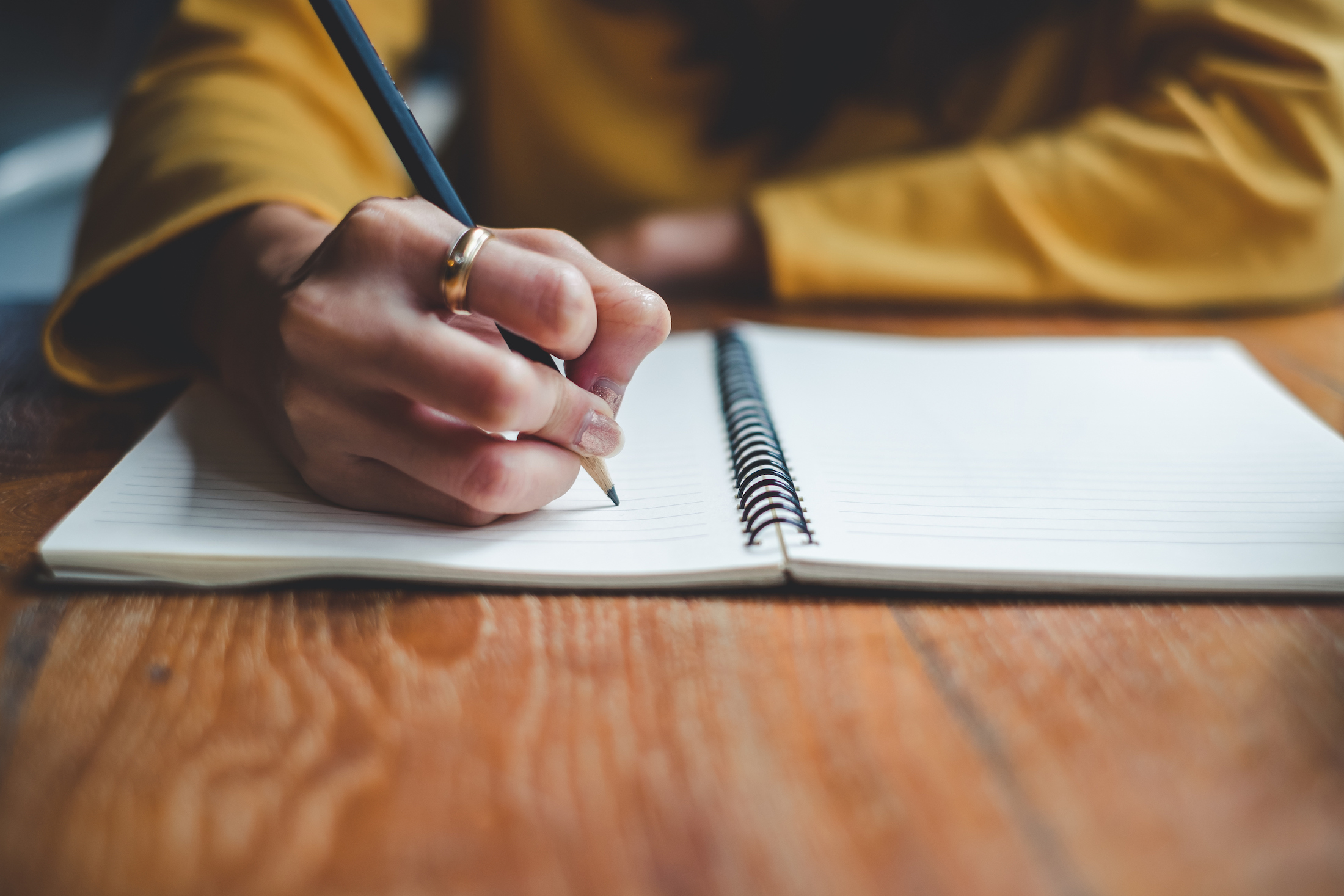 As a participant, you’ll need to complete training classes and attend at least four SkyOne meetings during the 12-month program. We’ll reimburse you for travel expenses for up to six meetings per year.

You may be also asked to represent the credit union at events or functions, or participate in Board appointed committees.

If your application passes the first round, we'll contact you for a formal telephone interview. You must be a SkyOne member with a SkyOne account in good standing, must be bondable, and must be at least 18 years of age.

Mr. Murphy has been a member of SkyOne Federal Credit Union since 2003. He has served on SkyOne’s Board of Directors since 2009 and is currently serving as Chairman. He served on SkyOne’s Supervisory Committee from 2005 to 2009. Mr. Murphy recently retired from his post as FAA Regional Administrator for the Southern Region. During his 40-plus years of service with the FAA, Mr. Murphy served in positions including FAA Regional Administrator, Northwest Mountain Region; Air Traffic Division Manager, Southwest Region; and Director of Air Traffic Programs, FAA Headquarters. Mr. Murphy holds both a Masters and Bachelors Degree in Aviation Management. He is the recipient of 45 national awards, including Department of Transportation’s Silver Medal for Meritorious Service, ATCA Outstanding Air Traffic Manager, Congressional Letter of Commendation, Federal Executive Leadership Award, and FAA Distinguished Career Service Award.

SkyOne Federal Credit Union member since 2004. Dr. Byrne currently serves as the Vice-Chairman on SkyOne’s Board of Directors and previously served 8 years as the Chair of Skyone’s Supervisory Committee. In his civilian capacity, he is the Director of Labor Litigation for the Federal Aviation Administration (FAA) in Washington, DC and formerly worked as an FAA attorney with Office of Regional Counsel, Western-Pacific Region. Dr. Byrne is a licensed attorney in the states of CA, WA, and NV (inactive) as well as a licensed Certified Public Accountant (CPA – WA). He has earned Bachelor of Arts degrees in Business Administration and Foreign Languages from Seattle University, a Masters of Business Administration (M.B.A.) and Juris Doctor (J.D.) from Pepperdine University, a Masters of Laws (LL.M) in Taxation from Loyola Law School, and has completed his Ph.D. in Public Policy and Administration. Dr. Byrne also serves as a LTC in the United States Army Reserves, Judge Advocate General’s Corps, assigned to the Pentagon. He is a member of the American Institute of Certified Public Accountants (AICPA), American Bar Association (ABA) and American Society for Public Administration (ASPA).

SkyOne Federal Credit Union member since 1983; has served on the Board since 1999 and currently serving as Recording Officer; served on the Supervisory Committee from 1997 to 1999; also serves on SkyOne’s  Asset/Liability Committee.

SkyOne Federal Credit Union member since 2001. Currently serving as Treasurer on SkyOne’s Board of Directors. Served on SkyOne’s Supervisory Committee from 2001 to 2015. Worked for the FAA as an air traffic controller for 28.5 years at the Anchorage Air Enroute Traffic Control Center (ARTCC). For three years, was the Alaskan Regional Coordinator for FAA/NATCA’s Quality Through Partnership (QTP) program. From 2010 to 2012, was part of the FAA/NATCA labor relations team, which investigated and addressed labor relations issues at FAA field facilities. Charter Member of the National Air Traffic Controllers’ Association (NATCA); served as the Alaskan Regional Vice President on NATCA’s National Executive Board for 12 years, served on NATCA’s National Finance Committee for three years, and is currently serving as the president of NATCA Members Investment (NMI); was also elected as Anchorage ARTCC NATCA Local’s first Vice President also served as President. Thompson was awarded NATCA’s Dale Wright Award for a distinguished career in service to NATCA and the national airspace system; received NATCA’s Timmy Award for professionalism, service and dedication to the union and its members; earned a Bachelor of Science degree in Business Administration from the University of North Dakota, including a Professional Pilots license with an Instrument Rating; completed an 18 month Certified Financial Planning course from Florida State University.

Joined SkyOne Federal Credit Union in 1976 and was elected to serve on SkyOne’s Board of Directors as a volunteer in 1997. Was employed with the FAA for 34 years and retired in 2007 as a Senior Executive, Director of Western Terminal Service Area based in Seattle, Washington.

Since retirement John founded his current company and today is the CEO, employing over 70 nationwide, and has contracts with the DoD (Army, Navy & Air Force), FAA, Mojave Spaceport, Palmdale School District, Kern County and other commercial entities, both as a sub-contractor & prime contractor.

Mr. Henshaw has been a member of SkyOne Federal Credit Union since 1977. He has served on the Board of Directors since 2009, and also served on the Supervisory Committee from 1999 to 2009. Mr. Henshaw retired from the FAA after more than 35 years of service. During his time at the FAA, he held the positions of Manager Communications/Telecommunications Engineering Group, Technical Operations, Western Service Area; Manager, Executive Staff, Airway Facilities Division, Western-Pacific Region; Program Manager, Systems Research & Development Service, FAA Headquarters; and Manager of the Southern California TRACON Project Office, Air Traffic Division, Western-Pacific Region. Mr. Henshaw holds a Bachelor of Science in Electrical Engineering from West Virginia University.

SkyOne Federal Credit Union member since 1960. Served on the Board of Director since 1989; has served as Chairman, Vice Chairman, Recording Officer and Treasurer.

Hi there! Here at SkyOne Federal Credit Union, we’re dedicated to providing financial solutions tailored to your needs. To ensure you have access to a wide range of services and materials, we’ve partnered with third-party service providers that have additional resources on their website.

Before we connect you with our third-party service provider, please know that we don’t control their website content, their services, or transactions you may have with them. Please refer to their privacy practices, as they may be different from ours.